As we celebrated with Dimensional Insight this year on the 30th anniversary of the company’s inception – some of us attended the anniversary meal at the Top of the Hub in Boston at the DIUC earlier in the year, and others recently met with Fred Powers at Dynamic Business Informatics’ own 25th anniversary of Diver in Ireland conference – Bob Corr and John Spillane of DBI decided to do something special to commemorate the event.

They commissioned a painting of Fred Powers and Stan Zanarotti as a gift from DBI.

The photos of Fred and Stan at the DIUC in Boston inspired this painting, which transposes their portraits over the stunning backdrop of the view from the Top of the Hub restaurant, which includes the Charles River.

Whilst Fred and the audience at the DBI conference saw a slide of the painting when it was about half-way through, the final painting was mailed to them from Ireland and arrived last week.

Here are Fred and Stan receiving the painting  which will be hung in their offices at Burlington, immortalising the founders of Dimensional Insight in a setting they love. 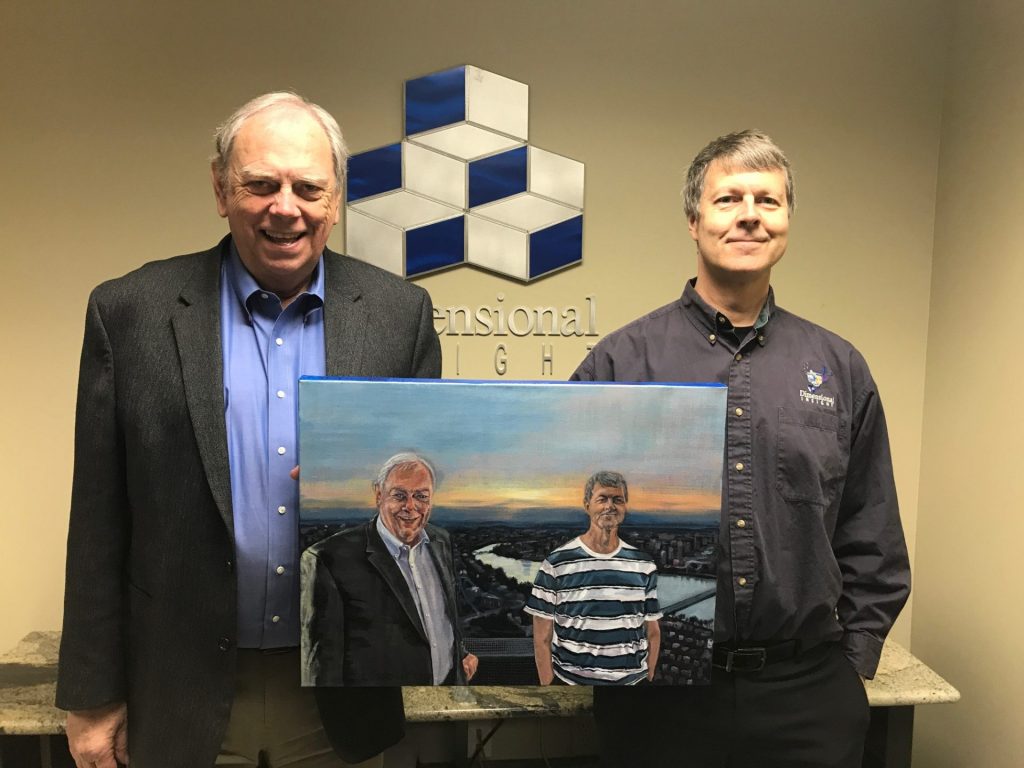 Here are some more pictures showing the journey of the painting. The colours of the original are more closely matched in the picture above. 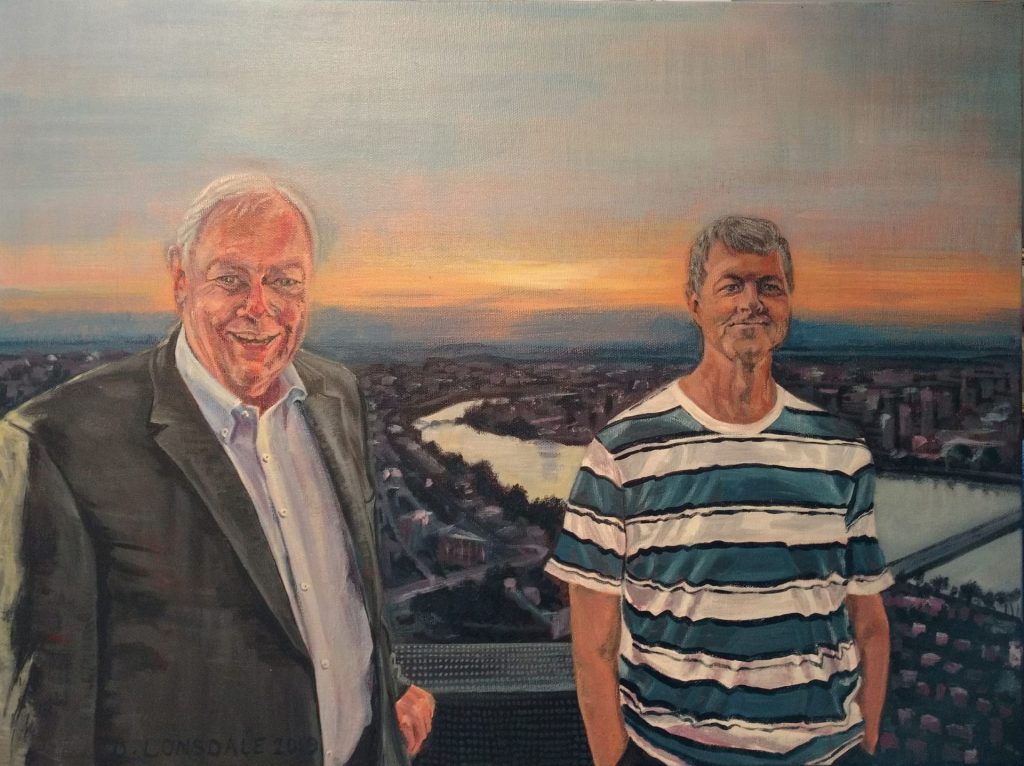 The half way point was shared at the DBI conference in October. 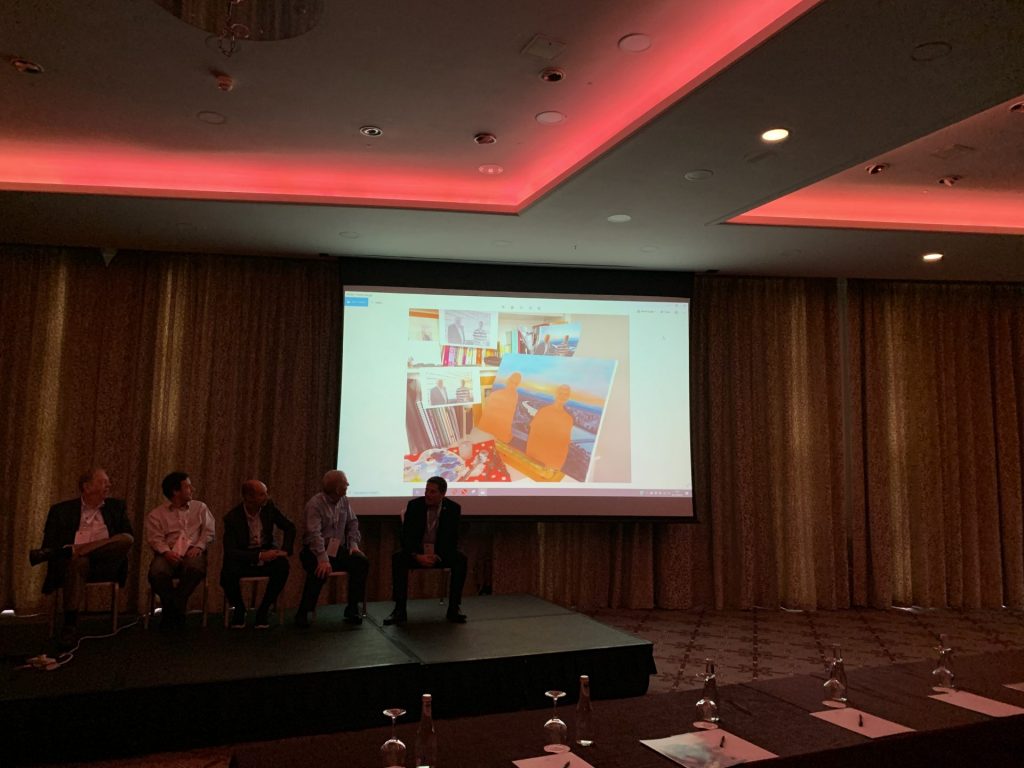 The original photographs take at Boston DIUC that were used for the mash-up. 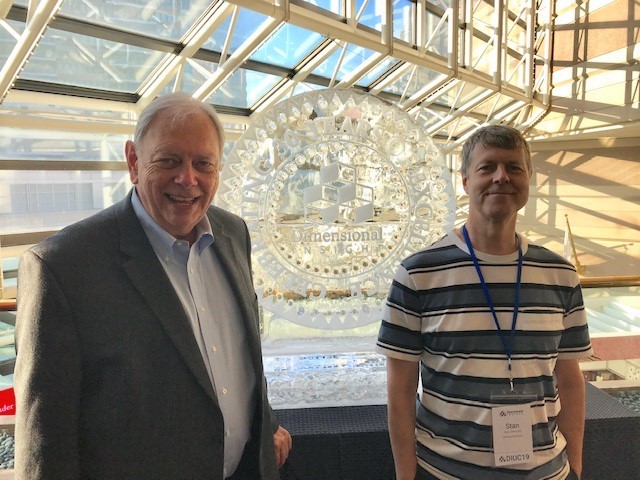 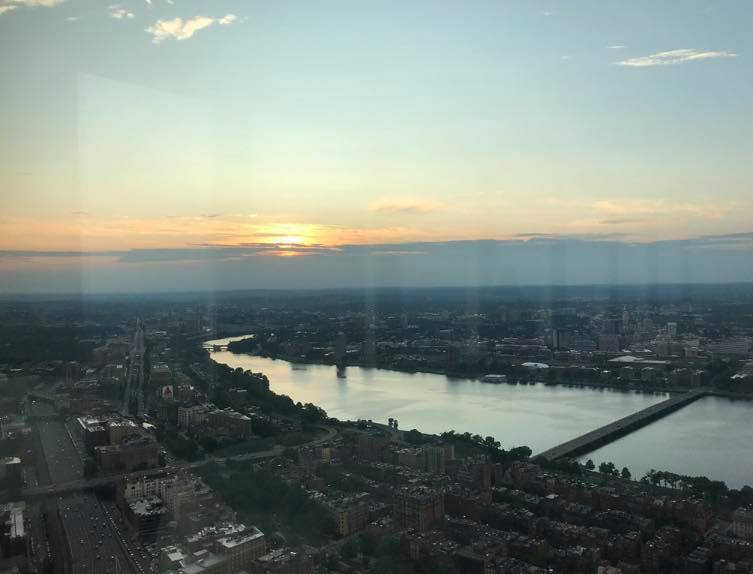 The latest Case Study coming from Dimensional Insight paradoxically focuses on one of their oldest customers. We love how it epitomises the way that Diver can start off in a fairly small project by solving a key pain point. END_OF_DOCUMENT_TOKEN_TO_BE_REPLACED