Home Articles Brexit and the Northern Ireland Border Challenge – Is Technology a Solution?

As a Technology Company (a Business Intelligence Software Distributor based in the Republic of Ireland) with customers and staff in both Ireland and the UK, we have a particular interest in this issue and how the outcome might affect our business and those of our clients. Does our own experience in Business Intelligence lend any validity to the claims made by each side of the Brexit Debate? The main proponent of “maximum facilitation” comes from Boris Johnson, who even after his resignation as Foreign Secretary still believes (at time of writing) that technological options are real and valid whilst Teresa May disagrees, saying, “No technology solution to address these issues has been designed yet or implemented anywhere in the world, let alone in such a unique and highly sensitive context as the Northern Ireland Border” (for quote origin see link 1 below). Are either of them correct, or is the reality a combination of both opinions, each correct for a certain element of the task in hand?

To explain in a nutshell what we do, a lift-pitch as it were, we solve business problems for our customers by building applications that help them manage their data, incorporate data governance and deliver analytics – in numerous market sectors. As part of this role we are well-versed in the challenges set for many of our customers, by governments and industry regulatory bodies, to maintain accurate traceability information, within both the Food Sector and the Oil & Fuel Industry.

In dealing with clients whose businesses fall into these categories, such as baby-food manufacturers, meat processing plants, egg suppliers, animal feed suppliers, milk and cheese processors, fuel forecourts and oil distribution companies, we have often been asked to solve requests for compliance with these regulations, using our technology. 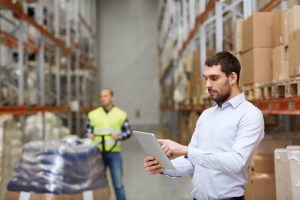 For example, when the new ROM1 (Return of Oil Movements) for traceability of fuel was made mandatory by the Irish Revenue Commissioners in January 2013 in a bid to reduce illegal oil trading, we were called on by one of our customers in the oil and fuel sector to help them automate this monthly tax return. Their transactional ERP system was not capable of providing the information in the format required to upload into Revenue’s Online Service (ROS).  Using our technology we were able to automate the provision of monthly files supplying Opening and Closing Fuel Balances, Inward and Outward Movements by date, invoice and licensed recipient, plus aggregated information for forecourt and oil distribution movements to non-licensed recipients.  The project took days to deliver for our customers to be fully compliant – not months or “4 to 5 years” as has been doom-mongered for the Brexit solution.

The ROM1 was deemed a success by the fuel industry soon after its inception, with an “Island-of-Ireland-wide” issue being addressed on their side by the Republic.  ROM1’s counterpart in NI, RDCO, was soon being considered ripe for a revision, to synchronise it with the ROM1 effort to eradicate fuel laundering across the whole island.

So in this case technology has been used successfully to solve issues of movement of goods by a self-reporting mechanism that does not require physical inspections and visits from Revenue or Customs officials, except in the case of non-compliance with monthly deadlines or irregular patterns in the data supplied.

Similar technologies are used to track the movement of food and ingredients down to batch level. Traceability information must be transferred up or down the chain on the product itself or on accompanying documents, but managed remotely and automatically from the actual goods with labelling supplied by technology systems. They are invaluable for product recall and work well in preventing the spread of quality issues detected in the food chain.

There are already systems in place in HMRC for tracking the import and export of goods outside the EU. A new comprehensive system “CDS” is currently being rolled out to replace the old “CHIEF” system for electronic Customs Declarations and Customs Decisions. Couldn’t this be used? If it’s already there and working why would it take so many years to create one just for NI?

New solutions could incorporate blockchain technology: Singapore has just implemented the world’s first blockchain based platform for electronic certificates of origin, eCos, although I have heard it said that this type of option would be very expensive to set up.

But on the face of it, to my mind the currently used traceability solutions are far closer to the kind of technologies that would be required to solve the actual tracking of goods across the border of NI and the ROI in the case of a Brexit solution which could deliver an “invisible” border after an EU-UK trading relationship deal.

These traceability technologies could possibly be developed relatively quickly to suit the vast majority of commercial traffic and the goods they carry, with or without customs centres remotely located each side of the border for checks, random or otherwise to be carried out. But they cannot address the common everyday traffic that passes across the border thousands of times a day.  The task facing the UK government as they have pledged is to Exit the EU without imposing a “Hard Border”.

Boris Johnson has likened crossing the border of NI and ROI to the crossing London Boroughs – but there are several obvious differences which cause a multiplicity of issues in this Brexit question that are at odds with each other, and which together contribute to the serious difficulties in coming up with an acceptable, satisfactory solution.

Crossing borders of London Boroughs to collect taxes from people using motor vehicles is a far simpler task that only requires technology to count the times a vehicle passes an “invisible” checkpoint in order to charge an agreed rate to an individual account linked to the vehicle. It does not involve collecting details of what is inside that vehicle, and whether it might be illegally transported.

It also does not impinge on issues of sovereignty or stir up political differences that have taken decades if not hundreds of years to pacify. Every vehicle passing from one borough to another is subject to the same laws and sovereignty. There is not one borough whose inhabitants have been divided by history about whether the borough border should even exist or not, or which is currently under a different jurisdiction. 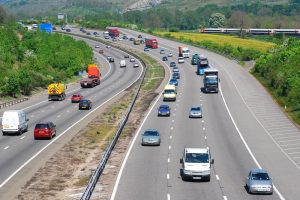 The Border Size – Yes it Really Has 275 Crossings!

The sheer size of the NI border alone is also a matter of huge importance. There are over 300 miles (around 500 km) of border in Ireland. But this border has 275 border crossings, with some roads snaking back and forth over the border in the space of a few miles.  Whilst the technological solutions could take care of commercial traffic using similar methods to the ones described above –for individuals travelling to work or on holidays, going across the border multiple times across the 275 miles of border, it could be political dynamite to impose any checking of the contents of vehicles, even if some sort of tag to track vehicles was acceptable to the people of Ireland (which in many quarters it won’t be). At the height of the troubles only 20 of these border crossings were open, such was the impossibility of maintaining checks across the whole border. That impossibility hasn’t changed if it were to come down to a “Hard Border”.

To avoid the “Hard Border”, i.e. the commitment by the UK government to “no physical infrastructure or related checks or controls” for the mass of people who are not covered by traceability technologies – the aggregate records in the ROM1 as it were, we are left with highly expensive and “unobtrusive” technological options to monitor movements – the introduction of which could be viewed politically as anything but “unobtrusive”.

Tourists pre-registering for customs clearances, technologies that can detect certain drugs or contraband from a distance, sensors under the road, drones circling above the Irish countryside, mobile phone tracking etc are all options that have been suggested– but are they any less intrusive to the minds of the people than the alternative physical intrusion– an officer at a border asking one in 20 people crossing “have you anything to declare?”.

Hearts and Minds are the Crux

It seems to me that technology could or does already solve the main business and commercial questions, but the harder problem which impacts on the hearts and minds of the Irish People, north and south of the border, is not going to be that straightforward to resolve. 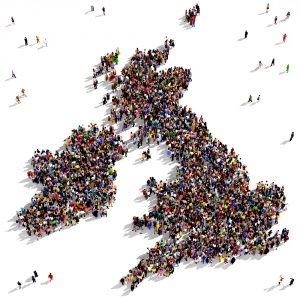 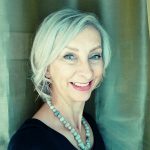 Debbie Lonsdale has been working with the Diver Solution as a BI Consultant at Dynamic Business Informatics since 2008. Her previous experience includes computer programming, analytical and technical roles, team management, account management, sales and marketing in a variety of market sectors, including the Travel Industry and Distribution. She combines this experience as an all round ICT professional in the BI sector.

What are some characteristics of a growth mindset and how can having this frame of mind benefit people who work in analytics? Here are three ways. END_OF_DOCUMENT_TOKEN_TO_BE_REPLACED